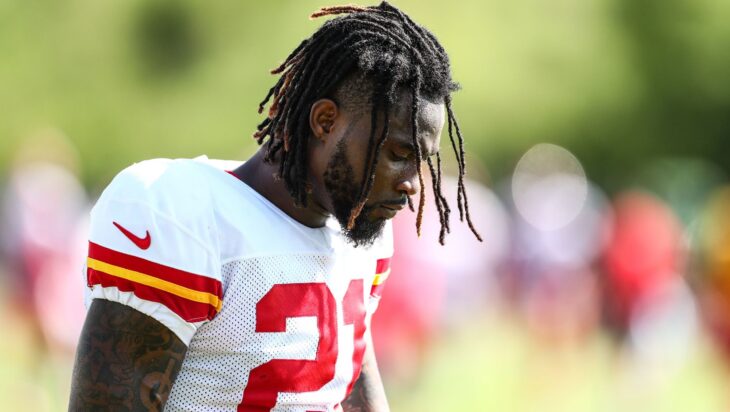 KANSAS CITY, Mo. — The NFL officially handed down a four-game suspension to Chiefs cornerback Bashaud Breeland on Wednesday for violation of the league’s substance-abuse policy.

Breeland took to Instagram to Wednesday afternoon to confirm the suspension and issue an apology to the organization and Chiefs fans.

“I post this today because I want to apologize, publicly, to the entire Chiefs organization, my coaches, teammates, family and fans,” Breeland wrote. “I accept full responsibility for my actions, and I look forward to getting back on the field with my teammates to defend our Super Bowl Title.”

The suspension means Breeland will miss the team’s contest against Houston, at the Los Angeles Chargers, at Baltimore and against New England. He will be eligible to return in Week 5 when the Chiefs host Las Vegas.

Breeland can continue practicing with the team through the remainder of the preseason. He will not be required to leave the team until the beginning of Week 1 of the regular season.

Breeland entered the offseason as a free agent following a strong 2019 campaign during the Chiefs’ Super Bowl run. He picked up 48 tackles and two interceptions during the regular season and tallied seven tackles and a key interception in the team’s Super Bowl LIV victory over San Francisco. Breeland re-signed with Kansas City on a one-year deal worth $2.5 million with $500,000 in additional roster bonuses.

The suspension stems from a violation of the league’s substance-abuse policy that occurred prior to his April arrest in South Carolina. Breeland was charged with resisting arrest, transporting alcohol in a motor vehicle with the seal broken, possessing an open container of beer or wine in a motor vehicle, possession of one or less of marijuana or 10 grams of hash and driving without a license.

Breeland can still be subject to NFL discipline for the April incident. Court records for York County in South Carolina show the case remains pending with the next court date set for Oct. 13.