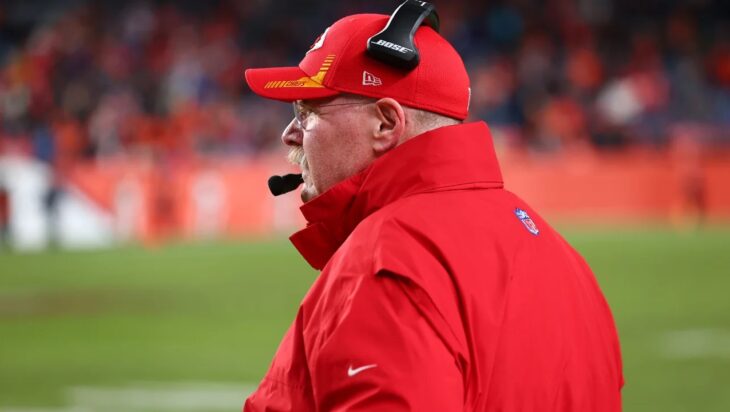 KANSAS CITY, Mo. — The Monday following the end of the NFL season is always a tough day for head coaches and staffs who find their time with a team has came to an end. Chiefs head coach Andy Reid has been there before, so that’s why he chooses to send his colleagues encouragement on this darkest of days.

“They’ve had an opportunity to be one out of (32) people in the whole world,” Reid said. “That doesn’t happen very often in your life, right, where you’re that small of a minority there. It’s been an honor coaching against some of these guys or work with some of them and they’re going to have bright careers going down the road.”

The Denver Broncos on Sunday fired head coach Vic Fangio. There are currently six teams with head coaching vacancies for the 2022 season. The Las Vegas Raiders clinched a playoff spot Sunday night under interim head coach Rich Bisaccia but his status remains up in the air for next season. The Jacksonville Jaguars have already started interviewing candidates to succeed Urban Meyer, who was fired on Dec. 16.

Reid has been on the disappointing side of NFL’s bleakest day for coaches.” Philadelphia announced it would not renew his contract on Dec. 31, 2012, the day after his Eagles concluded a 4-12 season with a 42-7 loss to the New York Giants.

“There are always little humps in this thing that you go through and you got to just kind of get through the valley to get to the peak, and it happens,” Reid said.

“It’s a crazy business that way but they’re all good guys. I know all of them and they’re great guys. They can basically do what they want to do from here.”