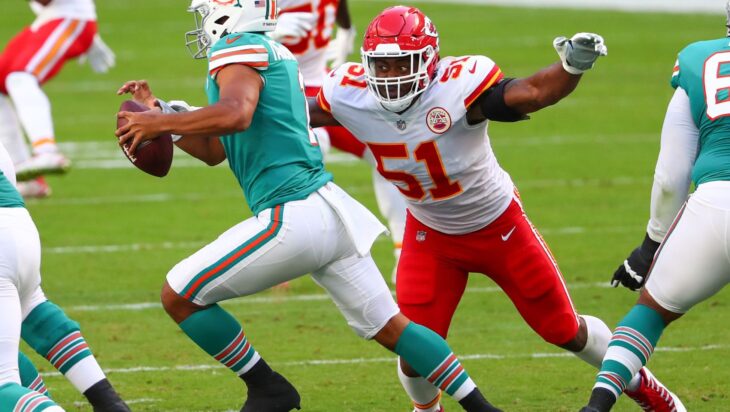 It should come as no surprise that with the AFC’s No. 1 seed in the playoffs secured, Chiefs head coach Andy Reid plans to provide his veteran starters with extra rest in Week 17 as the club finishes out the regular season against the Los Angeles Chargers.

“I think it’s a good opportunity for some of our young guys or guys that haven’t had a chance to play to get in and play,” Reid said Wednesday. “I will for better terms I guess, sit some of the starters the best I can, rest them up and get them ready for later. But for right now I’m excited to let these other guys get in and have an opportunity to play.”

That means Chad Henne will step into the starting role at quarterback. Reid added “there’s a good chance” the club will elevate backup Matt Moore from the practice squad to serve as the No. 2 quarterback.

Henne will command an offense likely surrounded by young players seeing their first extended playing time in an NFL game. His advice to his young teammates echoes Reid’s mantra to players to “let your personality show.”

“Don’t be somebody that you’re not,” Henne said. “Even though this is a big stage for some guys, possible contracts for (the) future, you can’t worry about. You go out there, you play one play at a time, do the best to your capability. If you get beat one play, come back the next play and beat the defender up.”

Reid’s plan for Sunday doesn’t sound too dissimilar to 2017, the last time the Chiefs played a season-finale with no consequence on their playoff standing. Reid rested 16 players that day, including quarterback Alex Smith, with nine players active on game day but not playing along with seven inactive players.

That means rookies such as cornerback BoPete Keyes and offensive lineman Yasir Durant and others might see the first substantial playing time.

“With some of these young guys, that’s a great thing for them,” Reid said. “You can’t buy that. How often does this happen where you have a chance to do this in a real game. I just think it’s a tremendous opportunity, especially when you didn’t have a whole preseason to see guys, here you go. Guys that didn’t have as much opportunity, they might get an opportunity here.”

For this year’s fifth-round draft selection Mike Danna, it’s the opportunity to move from a situational role to his first NFL start.

“It’s a dream come to be able to represent the name on my back and represent the Chiefs organization,” Danna said. “It’s a blessing. Like I always say, not too many people get to do this thing. To be able to come in and possibly start, it’s a great feeling and I just know that when the door is knocking, I’ve got to answer.”