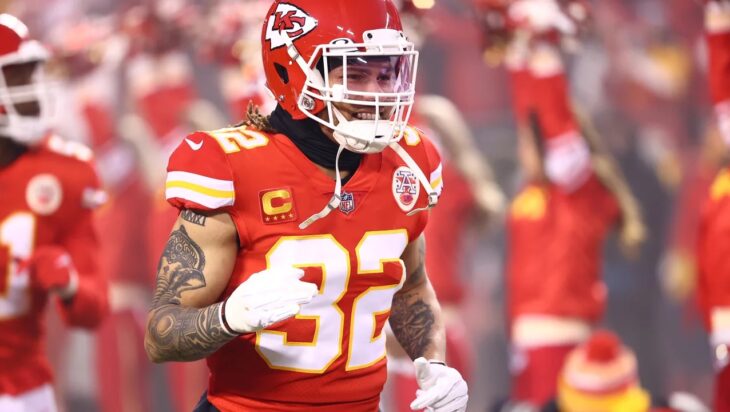 KANSAS CITY, Mo. – Tyrann Mathieu is listed as questionable and remains in the NFL’s concussion protocol, according to Chiefs head coach Andy Reid, but optimism remains he will play Sunday when Kansas City hosts the Cincinnati Bengals in the AFC Championship game.

“We think he’ll be ready to roll in a day or so,” Reid said after Friday’s practice. “We’ll see tomorrow.”

Reid did not elaborate on where Mathieu is in the league’s return-to-participation process or why he has yet to officially clear the concussion protocols. Mathieu practiced each of the last two days and was a full participant in Thursday’s practice, which for the Chiefs is normally a full-speed practice with contact. Players in the concussion cannot take part in full football activities without receiving clearance from the club’s physician.

According to phase five of the league’s concussion protocol, if the player tolerates a full participation practice and contact without signs or symptoms of a concussion and the club physician concludes the concussion has resolved, the player has has cleared the return-to-participation process. The player requires a final examination from the independent neurological consultant before playing in a game. That appears to be the final step in allowing Mathieu to play Sunday.

Reid also expects to have running back Darrel Williams available Sunday. Williams suffered a toe injury in the season finale against Denver, and missed last weekend’s win over Buffalo after playing just eight snaps against Pittsburgh in the Wild Card Weekend game. Williams is also listed as questionable.

“I think he’s going to be OK,” Reid said. “We’re limiting him ourselves, not him limiting himself. We just don’t want his toe to flare up, and it’s been great so far. We want to keep it that way.”

If Mathieu and Williams both play Sunday, the Chiefs will have their full 53-player roster at their disposal. The Chiefs elevated wide receiver Daurice Fountain from the practice squad each of the past two games as a sixth receiver. The team has until 3 p.m. central time Saturday to make a similar move this week.

OUT: None
DOUBTFUL: None
QUESTIONABLE: S Tyrann Mathieu and RB Darrel Williams